A Regulator’s take on Cryptos 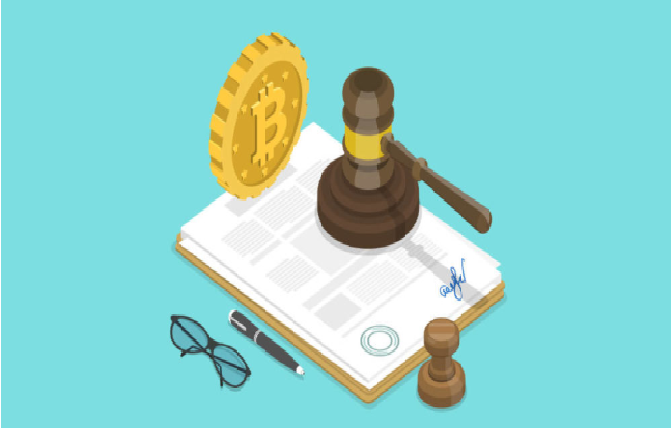 The First Move – cleaning up!

The landscape remains diverse among countries, in terms of regulatory depth and timing. What makes regulation of a decentralised system so tricky? In our view, it is because the idea of centralised regulation of a decentralised system is an oxymoron. We have to decide what we want our future to look like when deciding on the use of fiat or digital currency. A move toward decentralisation is a step away from centralised governance and we believe the approach in each country will be specific to each jurisdictions’ culture and historic decision-making policies.

Global crypto currencies have taken the world by storm. Being a form of currency, and rightly so, this has attracted a lot of attention from policymakers. Regulators across almost all jurisdictions have acted prudently to ensure protection over its citizens’ behaviour in this regard and warn off any chancers looking to make a quick buck.

The first move taken by governments across the majority of jurisdictions was to issue government notices about the pitfalls of investing in the cryptocurrency markets. Such warnings, mostly issued by central banks, are largely designed to educate the citizenry about the difference between actual currencies, which are issued and guaranteed by the state, and cryptocurrencies, which are not. Government warnings note the added risk resulting from the high volatility associated with cryptocurrencies and the fact that many of the organizations that facilitate such transactions are unregulated. Notably, government’s warn that citizens who invest in cryptocurrencies do so at their own personal risk and that no legal recourse is available to them in the event of loss.

The second part to such warnings included the opportunities that cryptocurrencies create for illegal activities, such as money laundering and terrorism. Some of the countries surveyed go beyond simply warning the public and have expanded their laws on money laundering, counterterrorism, and organized crimes to include cryptocurrency markets, and require banks and other financial institutions that facilitate such markets to conduct all the due diligence requirements imposed under such laws.

A limited number of the countries surveyed regulate initial coin offerings (ICOs), which use cryptocurrencies as a mechanism to raise funds. Of the jurisdictions that address ICOs, some (mainly China, Macau, and Pakistan) ban them altogether, while most tend to focus on regulating them. In most of these latter instances, the regulation of ICOs and the relevant regulatory institutions vary depending on how an ICO is categorized.

For instance, in New Zealand, particular obligations may apply depending on whether the token offered is categorized as a debt security, equity security, managed investment product, or derivative. Similarly, in the Netherlands, the rules applicable to a specific ICO depend on whether the token offered is considered a security or a unit in a collective investment, an assessment made on a case-by-case basis.

The challenge appears to be how to categorize cryptocurrencies and the specific activities involving them for purposes of taxation. This matters primarily because whether gains made from mining or selling cryptocurrencies are categorized as income or capital gains invariably determines the applicable tax bracket. The treatment and categorisation of cryptocurrencies varies across jurisdiction for example:

In the EU, gains in cryptocurrency assets are not subject to value added tax (VAT). The majority of jurisdictions where cryptocurrencies are mined, companies are exempt from taxations. However, in Russia, in-line with their current tight budget policies, mining that exceeds a certain energy consumption threshold is taxable.

Can we expect change in any jurisdictions?

Not all countries see the advent of blockchain technology and cryptocurrencies as a threat, albeit for different reasons. There are jurisdictions that, while not recognizing cryptocurrencies as legal tender, see a potential in the technology behind it and are developing a cryptocurrency-friendly regulatory regime as a means to attract investment in technology companies that excel in this sector. In this class are countries like Spain, Belarus, the Cayman Islands, and Luxemburg.

In the US, certain states are taking a slightly more progressive approach to the adoption of Blockchain technology (article link). US Blockchain innovation is taking shape, and in February 2019, New York state announced the creation of a crypto task force with the goal of submitting legislative proposals by December next year. The task force will focus on cryptocurrencies, other forms of digital currency, and the underlying blockchain technology.

The Swiss jurisdiction is reaping the benefits of years of methodical work in crafting regulation that nurtures innovation while ensuring the highest standards in security and transparency. Switzerland’s willingness to evolve with the needs of industry was underlined in December last year, when the State Secretariat for International Financial Matters (SIF) report detailed the country’s regulatory framework regarding cryptocurrencies and blockchain technology. The Federal Council’s report, Legal framework for DLT and blockchain in Switzerland, stated the opinion and intention of the executive body of the Swiss government. The content of the report also reaffirmed the primacy of the Swiss jurisdiction when it comes to promoting a sustainable crypto and blockchain economy.

Changes in the regulatory environment are essential to widespread adoption of blockchain and crypto. This is happening, albeit at a pace far slower than the industry would like to see. Stay tuned for our follow up article providing an industry take on crypto regulation and what steps are being taken (if any) to adapt the technology to meet regulators requirements.